We've gathered some of the 4 most exciting and innovative Violin Makers from the USA!

Violin making was born in Italy during the Renaissance period. The instrument became popular throughout Europe, particularly France and Germany. In the 18th century, the French government established the Conservatoire de Paris where students learned to play the violin. By the 19th century, the violin had become a symbol of European culture.

Although Italian makers have traditionally been at the centre of violin making, the United States is now becoming a hotbed of innovation and creativity. What makes American violin history so interesting and how do American makers stand out from their European counterparts?

In this article, we explore the world of contemporary American violins and tell you about some of the most inspired and well regarded makers from the USA.

The first luthier we will look at is one of the best known makers in the world. Joseph Curtin is one of the most forward thinking luthiers we have had the pleasure of working with. His approach means he is constantly innovating, most notably on his development of his Ultralight violin series, which was years in the making. This violin is lighter than a traditional, as the name suggests, and also allows the player much more flexibility. The sound can be adapted depending on its use with custom micro-mutes and many aspects of the instrument are adjustable such as chinrest height, string height, the centering of the fingerboard beneath the strings. In the past, many of these adjustments could only be performed by a qualified luthier but with the Ultralight, the musician has much more granular control over their instrument.

He has been awarded numerous prestigious prizes such as the MacArthur Fellowship and has made instruments for some of today's most famous musicians such as Erick Friedman, Ilya Kaler, Cho-Liang Lin, Elmar Oliveira, Yehudi Menuhin, and Ruggiero Ricci.

Curtin’s instruments are characterised by their unique sound quality. They are known for their rich and powerful tone and wide palette of colors.

A fine example of Joseph Curtin's work - we are the only violin dealer in the UK with an available violin by Joseph Curtin. The sound is focused, deep and powerful but retains a very pleasing warm quality throughout the registers. This is one of the rare instruments that is sure to impress with its aesthetics, tone quality and sound projection. Ideally suited for a demanding soloist.

Sam Zygmuntowicz needs no introduction to anyone who is familiar with contemporary violin making. Arguably the most in-demand maker in the world, his instruments are played by musicians such as Leila Josefowicz, Yo-Yo Ma, David Finckel, Cho-Liang Lin, Maxim Vengerov, Joshua Bell, and the Emerson String Quartet. Notably, Isaac Stern also owned two Zygmuntowicz violins. After Stern died in 2001, both violins were sold at auction in 2003, with the violins achieving the highest price paid for a string instrument by a living maker at auction, until the record was broken in October 2013 by the Curtin & Alf violin mentioned above.

He started his instrument making training when he was thirteen years old, and later studied making and restoring instruments under Peter Prier, Carl Becker, and others. Zygmuntowicz won two gold medals in 1980 at the Violin Society of America Competition for the tone and workmanship of his Stradivarius model violin. He then studied restoration in the workshop of Jacques Français Rare Violins, Inc. He has been based in New York City since 1985 where he produces his world-class violins.

He is also very well known for having analysed some of the most famous instruments by Stradivarius, Guarneri and Amati. This includes having performed acoustic analysis, CT scans and 3D laser vibration scanning.

His instruments are known for their powerful and bright tone. As those of Curtin, they are often preferred to antique violins by soloists, due to their projection and ability to cut through very well, even in the largest halls.

Born in the USA, Gregg Alf now lives and works in Venice, Italy and is widely respected as one of the leading violin makers in the world. He used to be based in Ann Arbor where he opened a studio with Joseph Curtin in 1984. They worked there for many years sharing ideas and making stringed instruments together. He then went on to open Alf Studios in Ann Arbor.

Before this, he studied violin making for 8 years at the International School of Violin Making in Cremona where he specialised in restoration and new making.

He has won numerous awards and accolades for his violin making from various international competitions and exhibitions, including the Violin Society of America’s highest honorary designation, “Hors Concours” in 1982.

His instruments have been played by musicians such as Elmar Oliveira, Ruggiero Ricci, and Zvi Zeitlin.

Francis Kuttner was born in Washington DC and studied violin making in the International School of Violin Making in Cremona from 1974 to 1978 as well as with Francesco Bissolotti, an important advocate for traditional Cremonese methods of violinmaking.

When he returned to San Francisco in 1978 after studying violins made by Antonio Stradivari at the Museo Civico di Cremona for three years in Italy, Francis Kuttner had a thorough understanding of the techniques used by classic Italian luthiers.

Francis Kuttner was awarded several gold and silver medals for his violins and violas at various international competitions in New York City, Ottawa, Cremona, Manchester, and Paris. Like Gregg Alf, he also received the prestigious “Hors Concours” designation by the Violin Society Of America. He has also served as a judge for many international violin making competitions.

"For their superb sound qualities” the ASQ have chosen to play the Ellen M. Egger quartet of loaned instruments constructed by the San Francisco maker Francis Kuttner about twenty years ago. Cellist Sandy Wilson tells me that the Kuttner set is, superb to play — wonderfully adjusted and I dare even say ‘easy’ and responsive in every way. — Michael Cookson, MusicWeb International

In addition to the Ellen Egger Quartet, the Alexander Quartet has played and recorded on his instruments.

Violin making has historically been based in Europe. However, since the 19th century, and particularly in the 20th century, violin craft has become increasingly popular in the USA as well. Nowadays, some of today's finest violin makers are based in or are from the USA.

Contemporary American instruments are as highly regarded by both musicians and collectors as European instruments.

MyLuthier was started by two friends while they were studying at the Royal Academy of Music in London. The idea was to provide musicians with exceptional instruments at a price they can afford. We travelled Europe in search for the best contemporary makers and we’re proud of our selection and the partnerships we’ve developed.

For the first of our maker features, we're introducing Marco Cargnelutti, violin maker from Udine, Italy. 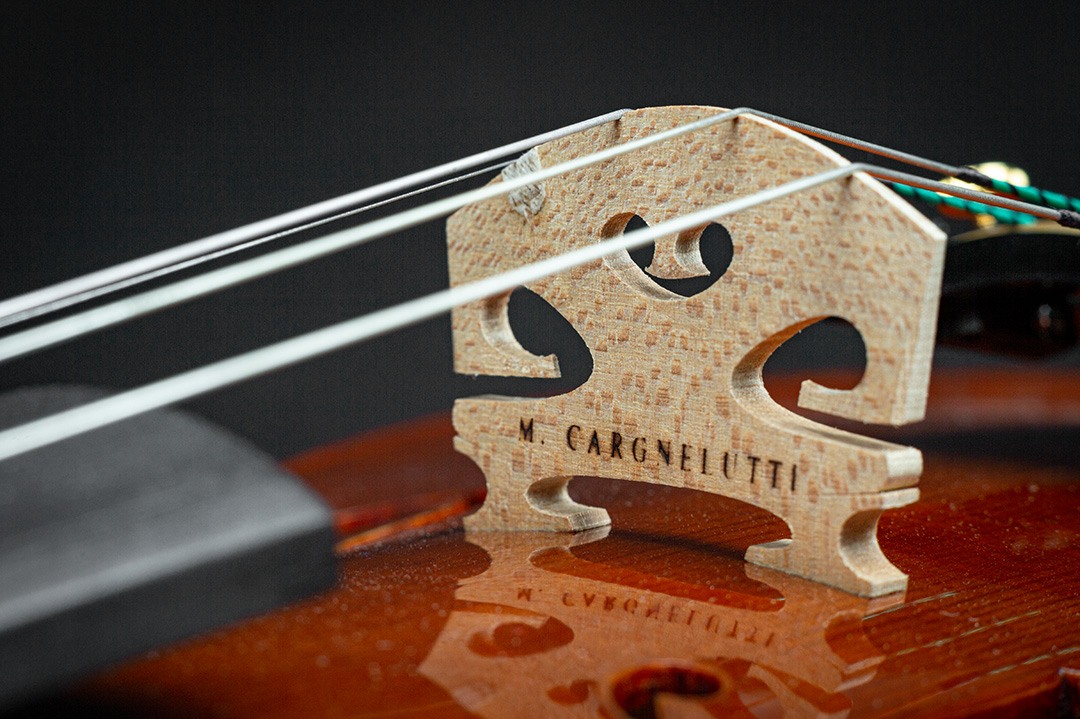 If you are looking for a new viola, you'll want to check out these five incredible contemporary instruments from some of the best makers in the world! 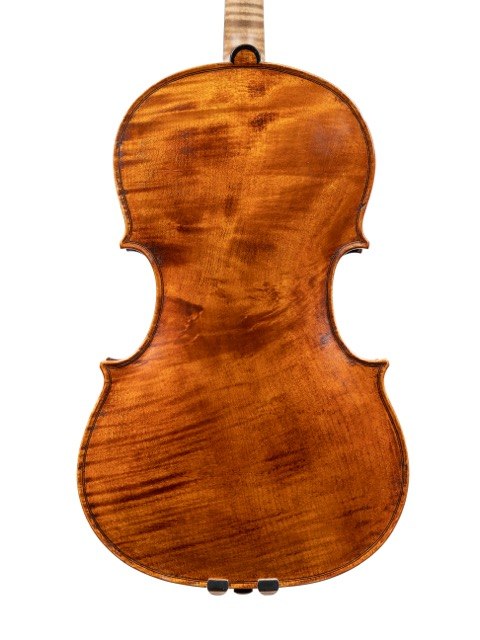 2022 has been a great year for high-quality cellos! We've carefully selected the top 5 cello makers in the industry, each of whom has demonstrated an outstanding dedication to their craft, innovative work, and consistently high-quality instruments. 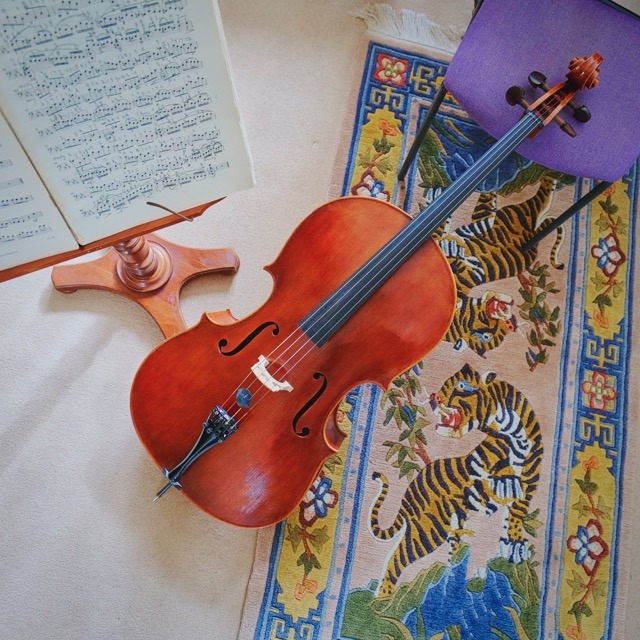